There is a growing need to understand eating habits and food choices. In the Health Survey for England 2015, 27 per cent of adults were obese (BMI above 30), with 41% of men and 31% of women as overweight (BMI above 25 but below 30)1. This is a sharp increase from the 1990s, and it is predicted that by 2050, 60% of adult men, 50% of adult women and 25% under 20 year olds will be obese2. Obesity is linked with other conditions including type 2 diabetes, cardiovascular disease and cancer. The predicted cost to the NHS due to overweight and obesity is £9.7 billion by 2050, with wider society costs of £49.9 billion per year2,3.

Eating disorders (EDs) also present health issues. A 2015 report by Beat (Beating Eating Disorders) indicates that over 725,000 people in the UK have an ED, of which around 11% are male. More people die from anorexia (through medical consequences and suicide) than any other psychiatric disorder, bulimia sufferers experience medical consequences, and those with binge eating disorder experience obesity-related health issues. EDs are increasing by a 7% rise of hospital admissions each year4.

Nielsen and El-Sohemy (2012) found that study participants preferred dietary suggestions based on genetics rather than general suggestions, entering a role for genetic testing in increased client compliance5. This article will explore how genetic variations affect food choices and eating habits leading to obesity and EDs5,6.

Genetic differences (yet to be identified) are thought to influence the density of taste papillae, affecting taste. There are five tastes (sweet, bitter, sour, salty and umami (amino acids or glutamate))7, although ‘fat’ taste may be a sixth sensation, with the receptor understood to be the integral membrane protein CD366. Sweet and bitter tastes appear to govern food choices and intake7.

The TAS2R genes regulate the bitter taste7. A study showed that a group of middle-aged women who could perceive the bitter taste had lower BMI and adiposity, while obese people had an increased sweet sensation, which may increase fat sensation; obese people tend to like both sweet and fat more than non-obese people8,9. Bitter tasters also tend to avoid alcohol and cigarette smoking, while variations on the TAS2R1 are associated with alcohol dependence7,10,11. The TAS1R genes encode sweet and umami taste, where more research is needed in specifying the variants7. TAS2R and TAS1R receptors appear to be expressed in the gastrointestinal mucosa, regulating responses to nutrients through hormones which control gut motility and appetite: glucagon like-peptide-1 (GLP-1), cholecystokinin (CCK) and gastric inhibitory polypeptide (GIP)7,12,13,14.

The perception of healthiness may also influence taste; an inverse relationship between healthiness and tastiness has been found in Western countries, due to the prevalence of processed foods15.

A variant of the gene encoding for ghrelin (GHRL), Leu72Met, has been linked with obesity and binge eating7,16,17. Leptin stimulates α-melanocyte stimulating hormone (α-MSH), which brings about satiety. α-MSH is understood to be bound by the Melanocortin-4 Receptor protein7,18(see below). Variants of leptin (rs4577902, rs2060736, and rs4731413) are linked with a higher risk of extreme snacking behaviour in obese individuals7,19. In leptin deficient individuals, leptin replacement can help with appetite control and weight loss20. CCK variants (rs6809785, rs7611677, rs6801844, and rs6791019), were linked with a higher risk of increased meal size in obese individuals7,19.

SNPs in the FTO gene are associated with increased BMI and obesity22. FTO is expressed in adipocytes, the pancreas and in areas of the hypothalamus which control appetite; it may downregulate leptin production in adipocytes7,23. One of the variants of the FTO gene, rs9939609, is linked to adiposity and satiety, with research showing excess calorie intake in Western European men and women of BMI range 19–31. Research shows that this SNP interacts with SNPs on a methyltransferase gene and the leptin receptor, suggesting that DNA methylation, an epigenetic process, affects appetite7,24. People with this FTO SNP tend to have dysregulated circulating amounts of ghrelin, slowed postprandial measurements of appetite reduction and different neural responses to ghrelin in the brain areas controlling appetite, reward processing and incentive motivation, suggesting that ghrelin is regulated by FTO25,26. Other studies in children indicate that this FTO SNP confers a preference for energy-dense foods, i.e. a hyperphagic phenotype, choosing foods higher in fat at a buffet meal, with a higher frequency of loss of control eating episodes27,28.

FTO mRNA and protein levels were found to be downregulated by deprivation of essential amino acids, leading to a suggestion that FTO could ‘sense’ amino acids22,29. A high protein and hypocaloric diet has been shown to change the genetic effect of the SNP by reducing food cravings and appetite, even after adjusting for age, sex ethnicity, baseline BMI and weight change25. Rodent studies suggest that the degree of caloric restriction is important, with FTO expression lowered by fasting and by exposure to cold in lean mice, but upregulated by 41% after 48-hour food deprivation26,30,31.

FTO SNPs appear to affect body weight during early childhood from age 3 (not birth weight) with increasing effect during childhood, having the most effect at young adulthood at age 20, then reducing effect during adult life32,33. The researchers note that the current generation is growing up in a more obesogenic environment and this may overtake genetic factors in influencing body weight in the future32.

The MC4R gene is highly expressed in the central nervous system and linked to fat mass, weight and risk of obesity, with the genetic loci linked to obesity in children32,34,35. The rs17782313 SNP was highly correlated with obesity risk36. SNPs near MC4R may influence food intake and choice, although further studies are required into the mechanisms36. Brain-Derived Neurotrophic Factor (BDNF), acting downstream from MC4R, regulates neurotransmitter systems related to EDs, with the neurotrophin family suggested as integral to eating habits and EDs37.

People with mutations on MC4R, compared with lean and obese controls, were found to eat more high fat food, despite not having an increased liking for high fat food (see figure 1). By contrast, there was a lower liking and intake of sucrose containing food (see figure 2)38. Research suggests that the motivation for high fat is implicit and non-conscious, in that ‘liking’, caused by ‘hedonistic hotspots’ in the brain creating a positive reaction to palatable tastes, is a different mechanism to ‘wanting’, driving the desire to eat38,39. Often, however, sweet foods are high fat foods, so usually a choice does not need to be made. Preference for high fat foods may be an adaptive response to nutritional deprivation38.

Eating is linked with dopamine release in the dorsal striatum, with more pleasure experienced proportionally with increased dopamine. The A1 variant of the Taq1A gene, a regulatory gene downstream of the dopamine D2 receptor, is associated with poor striatal dopamine signalling42. People with the A1/A1 allele or A1/A2 allele are more likely to be obese and have 30-40% fewer dopamine D2 receptors than those with the A2 allele. Research on women showed that lower dorsal striatum efficacy may lead to overeating, especially if they have SNPs impacting dopamine signalling7,42.

The genotype of the catechol-O-methyltransferase (COMT) gene influences dopamine levels, with more COMT activity for val/val variants, leading to an increased breakdown of dopamine. Research showed that val/val COMT genotype individuals have a larger desire for food generally, and choose foods they perceive as ‘unhealthy’ over healthy, in comparison to val/met and met/met individuals. When the foods were rated objectively, however, both val/val and val/met individuals preferred the unhealthy foods. There was no correlation between the COMT variants and BMI in this study43.

Another study on individuals of European American ancestry showed carriers of the met allele of the COMT val158 SNP were 87% more likely than val/val genotype to have bulimic symptoms. The COMT val/met SNP indicated risk of bulimia, while the met/met allele was linked with severity of body dissatisfaction44.

Stress, including sleep deprivation, influences the HPA axis, with sustained stress leading to its dysregulation, changing glucose metabolism, insulin resistance, appetite hormones and neuropeptides. Stress may affect the mesolimbic dopaminergic system46. These factors, together with genetic pre-dispositions to obesity and stress responses to certain stressors (the latter likely regulated by DNA methylation, which may be different following childhood trauma47), may cause people experiencing chronic stress to eat more at acute stressful times, choosing the hyperpalatable high sugar and fat foods, which may have addictive properties46,48. Mood disorders, such as anxiety and depression, affect food choices and energy metabolism, while obesity in turn increases susceptibility to depression and anxiety49.

A physically active lifestyle can reduce the risk of obesity for those with obesity-related SNPs by about 40%50. More research is required on the types of exercise programmes51. In the meantime, however, as demonstrated by a small sample study of a 3 month lifestyle, self-awareness and diet programme based on Ayurvedic principles, there was sustained weight loss and psychosocial outcomes at 6 and 9 months afterwards, with no adverse consequences52.

Diet and lifestyle influence epigenetic changes on other genes, including TNFα (linked to inflammation and insulin regulation) and fatty acid synthase. Further research is required into targeting the epigenetic profile using diet, drug or lifestyle53. The microbiota may drive eating behaviours by creating specific cravings or a low mood, through changing taste receptors, via the microbiome-gut-brain axis or influencing the production of appetite and satiety-regulating hormones. Diet, prebiotics, probiotics and potentially fecal transplants can be used to manage the microbiota54.

Some genetic variants predispose individuals to certain food behaviours and consequent obesity or EDs. Increased understanding of how to manage these risks through targeted diet and lifestyle plans is key to managing obesity and other chronic diseases. Research is currently being done on foods regulating the methylation of genes related to inflammation, with the potential for a new paradigm, ‘Let food be your epigenetic medicine’53.

Atiya Khan is a Nutritional Therapist (Dip. CNM, 2015) and Yoga Teacher (Sivananda Yoga Vedanta Centre, 2011) in Bristol. Atiya has a degree in Biochemistry and Biological Chemistry (BSc (Hons), Univeristy of Nottingham, 2002), and previously worked as a Solicitor (GDL and LPC Nottingham Law School, 2005, Employment Solicitor at a Commercial London Law firm until 2010)) and Primary School Teacher (PGCE, University of the West of England, 2011). She now combines her experience and passion in promoting natural health through food and lifestyle, using a scientific and holistic approach.

I love to help people like you who are interested in healthy eating but not sure what works for you or how to stick with it! There is a lot of conflicting and confusing information on the internet. You may be trying to find a solution for issues with your digestion and/or want to lose some weight and I am committed to helping you with this.

I hope you enjoy the articles and blogs. Please get in touch if you would like any more information or book your FREE 15 minute consultation below.

3 Reasons to Eat a Rainbow Diet, Summer Health Reviews and The Best Smoothie Ever - mailchi.mp/ef8015d911a0/3… 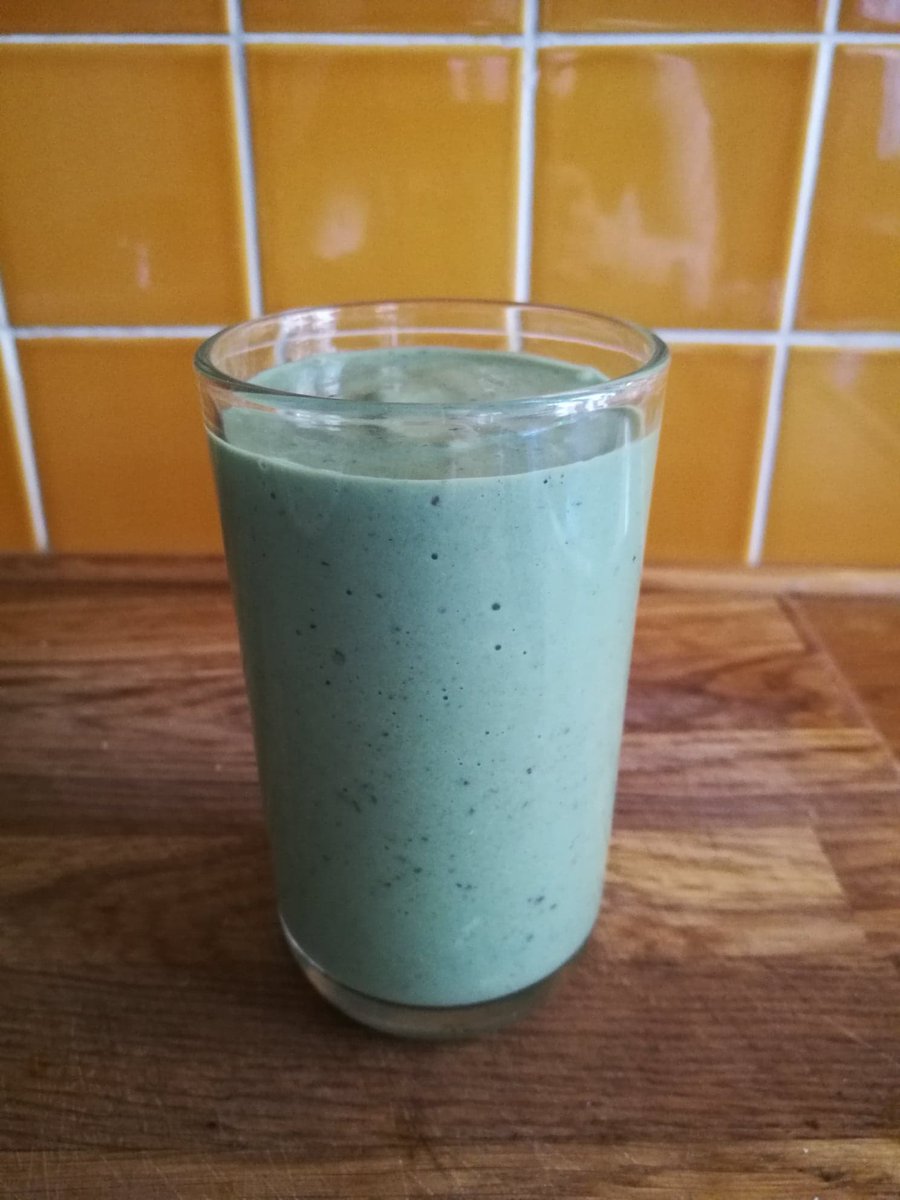 Review of dairy products, discounts for YOU, news and delicious spring recipe - mailchi.mp/62a1423bf485/r… 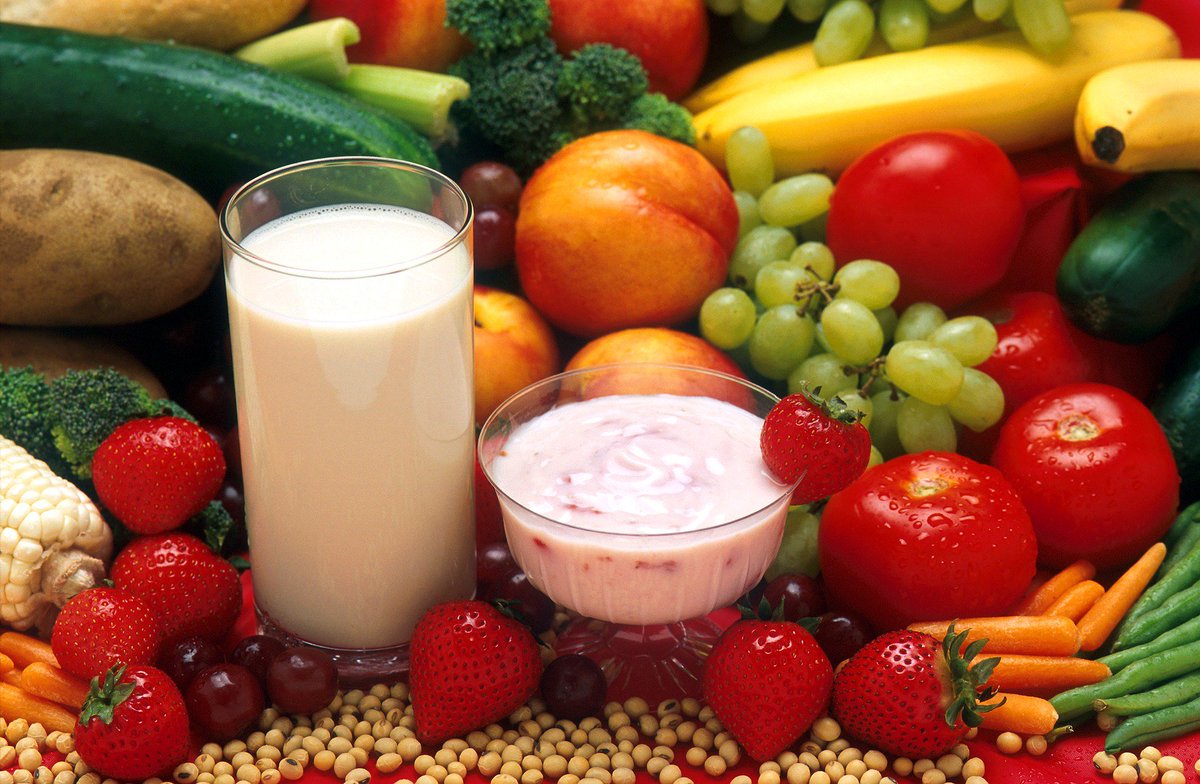 Spotlight on mushrooms, request for your thoughts and 'shroom recipe - mailchi.mp/d96de8dd95fc/s… 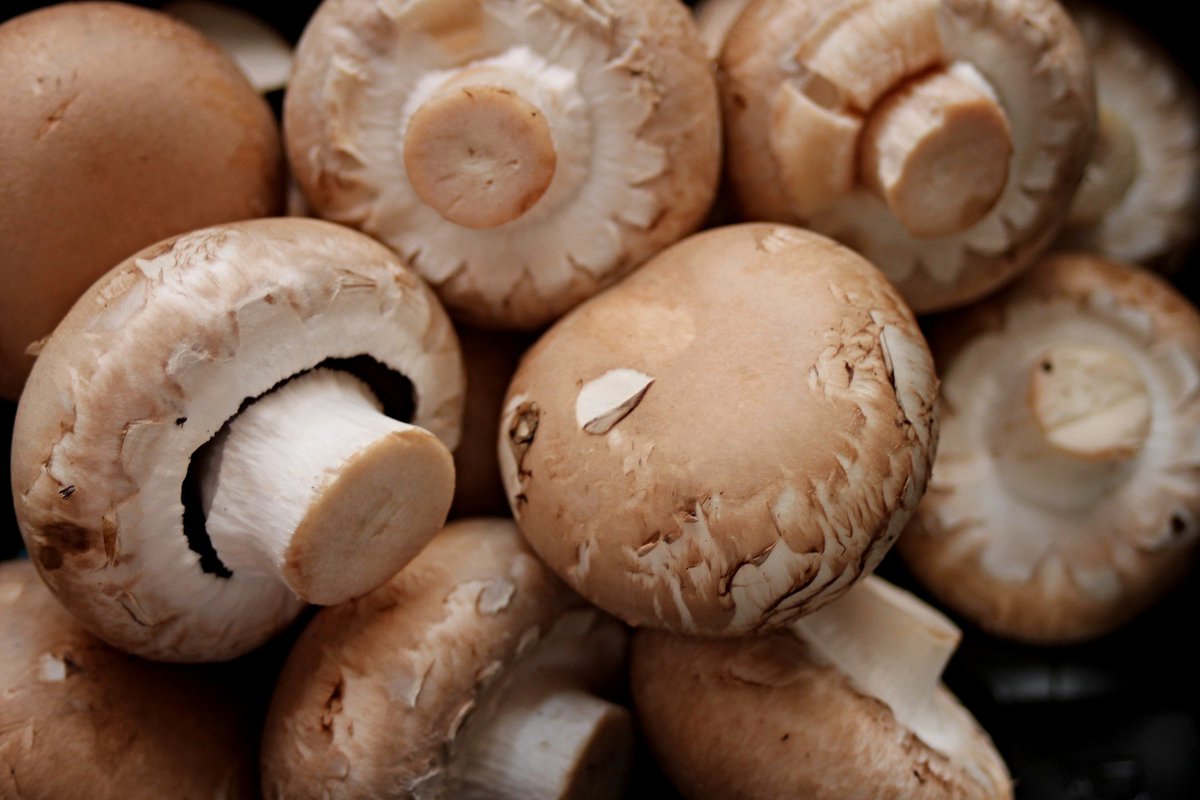 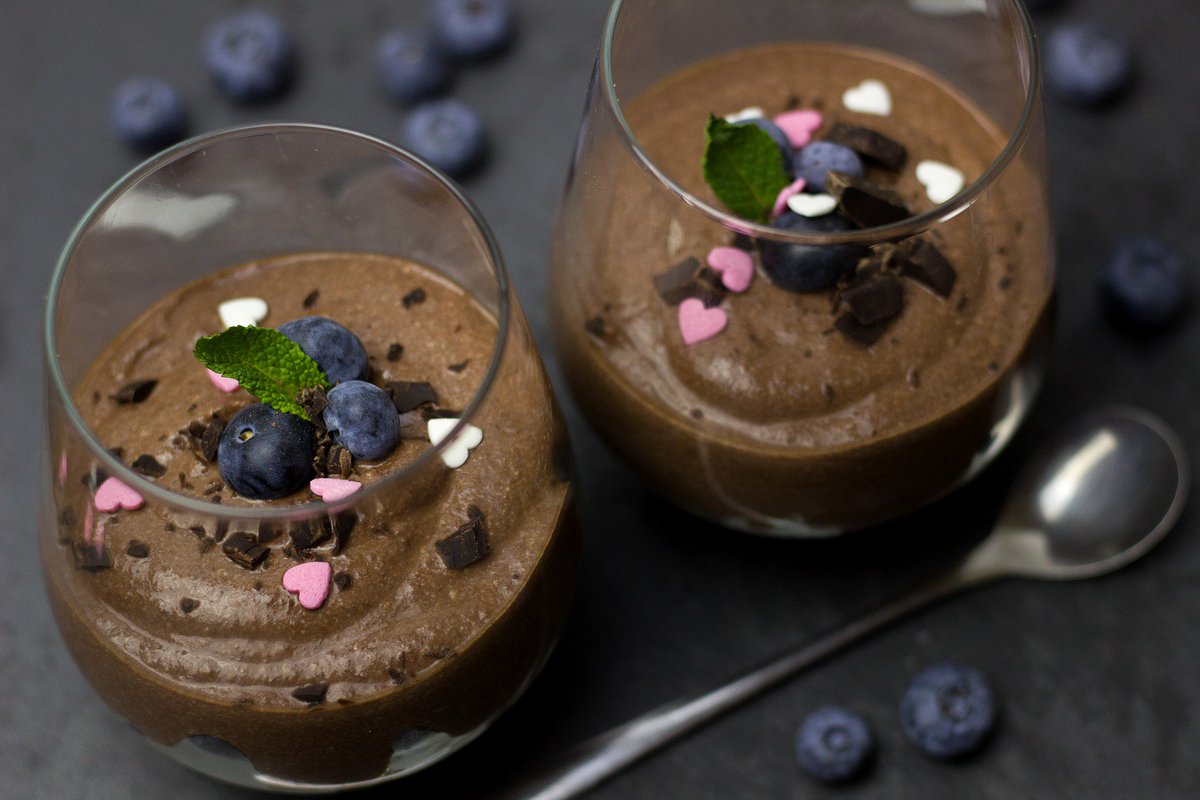 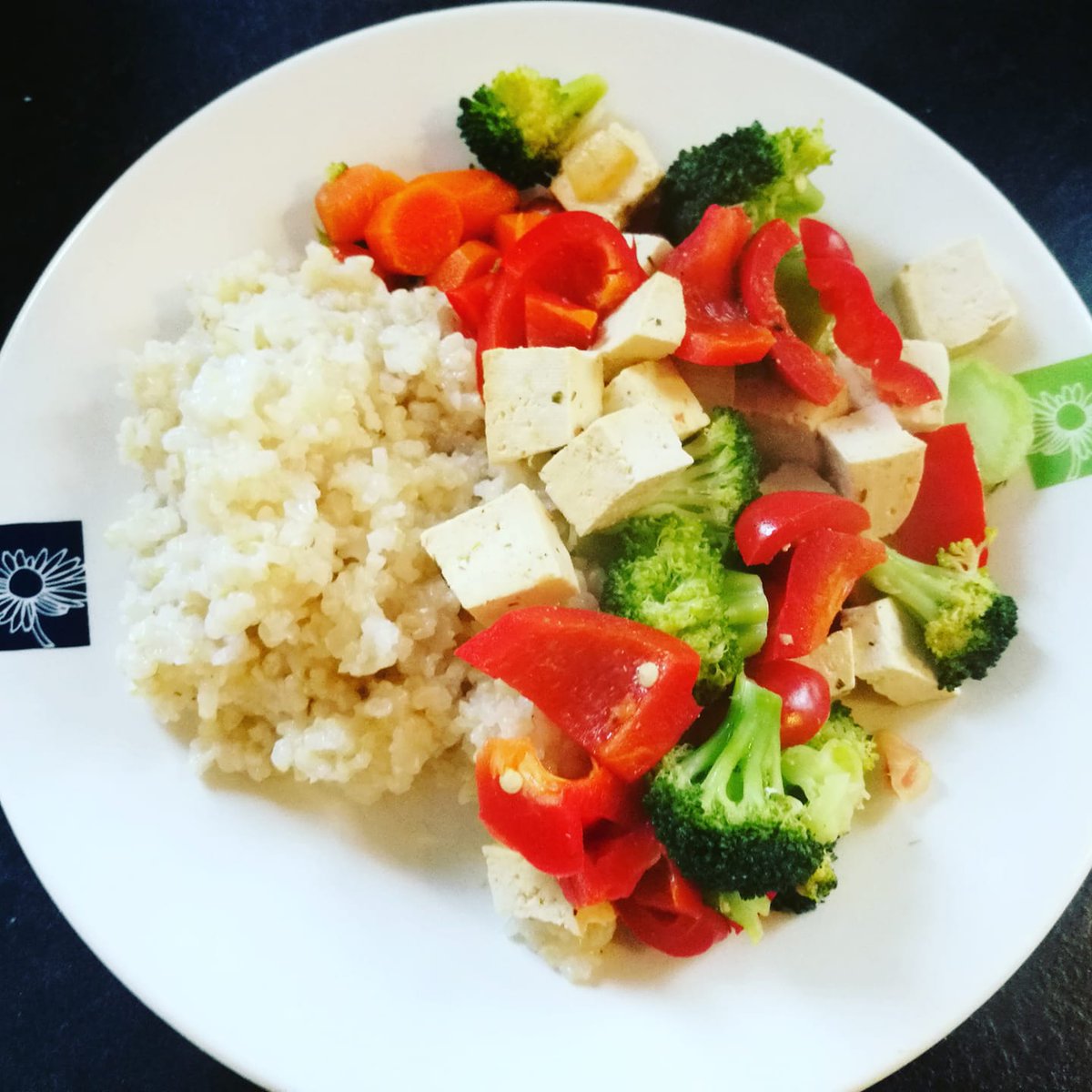 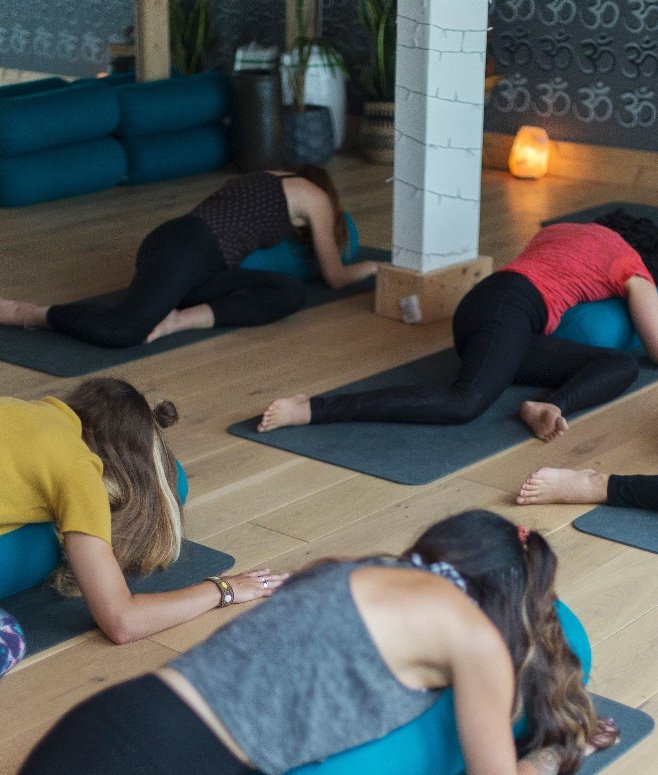 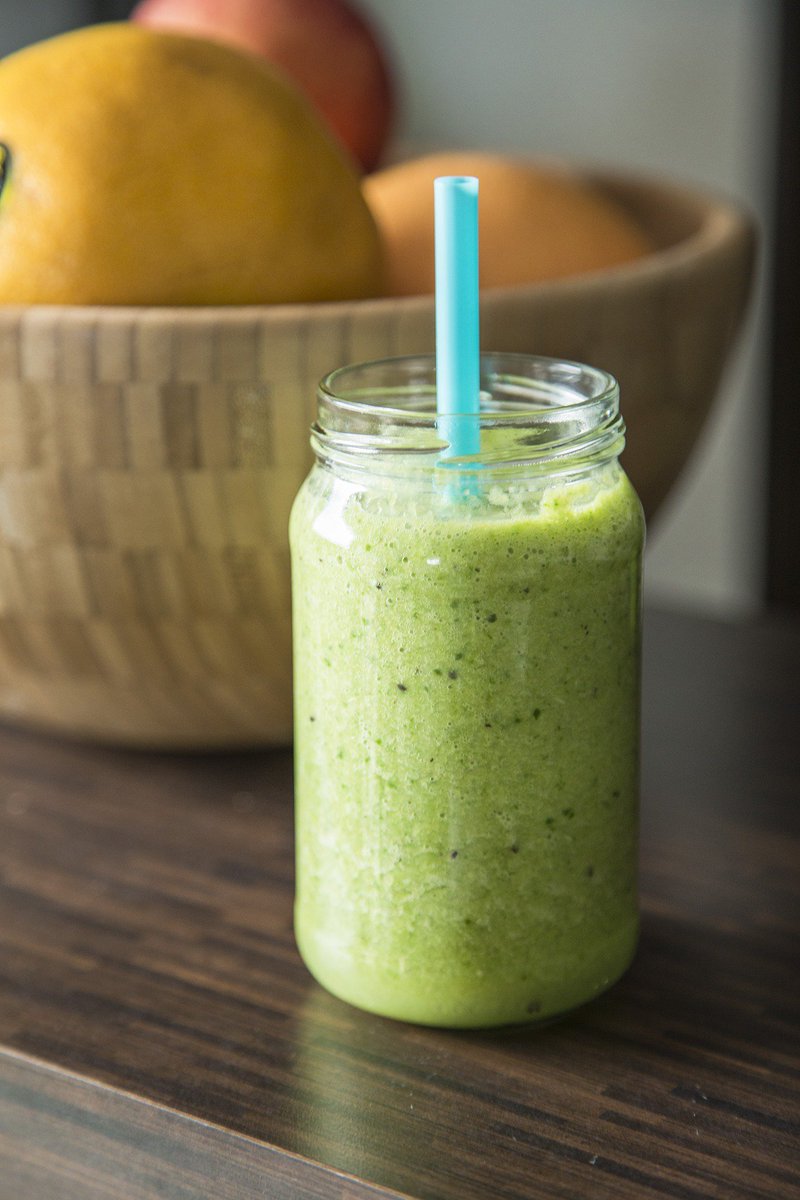 What would happen if a population centered their entire diet around vegetables, like the Okinawa Japanese? bit.ly/2qFQVmI #HowNotToDie Retweeted by Atiya Khan

The reason eating citrus fruits appears to protect against cancer may be because of DNA repair enzyme-boosting powers of a compound concentrated in the peel. bit.ly/2CYFGvg Retweeted by Atiya Khan

‘The Stacking Plan’, by Sally Beare – my review published by BANT

Overwhelmed by your health/fitness/personal development goals? 'A little bit of something is better than nothing'! seancroxton.com/quote-of-the-d…

Too true. Likewise just because a product is labelled 'organic' doesn't mean it is healthy either! twitter.com/LifeExtension/…

Good things never come from comfort zones. If you want success, get comfortable being uncomfortable. Retweeted by Atiya Khan